Marketing campaigns that were a hit! 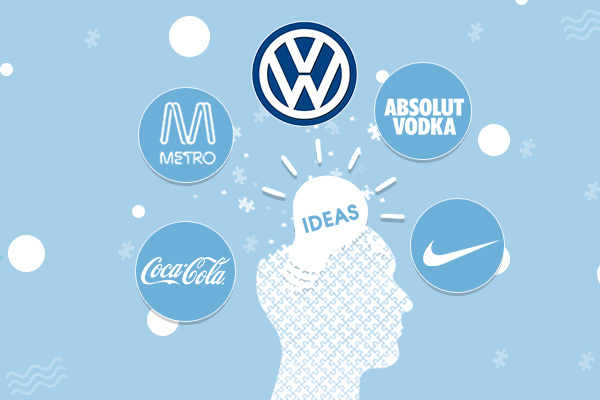 There are a million ways to do marketing. There are a million ways you can get your point across to an audience. But, there are only a few ways for a brand to linger on people’s minds. When it comes to marketing, brands are always trying to innovate and set their brand apart from others. Here are a few witty ad campaigns from brands that hit the right emotions and stirred up customer engagement.

1. Nike’s marketing campaign is an example that simple words can have a wider reach. At the time when Nike was still competing against its competitor Reebok, it was way behind on branding and sales. In the late 1980’s, Nike started the ‘Just do it’ campaign which was an instant hit that is still used until this day. The campaign was successful as people recognize the three words and relate it to the brand Nike.

2. When Coco-Cola wanted to appeal to the masses through an innovative marketing campaign, that’s what they did! They started the iconic ‘Share a coke’ campaign in 2011, where Coco-Cola personalized each of their bottles by putting popular names on them. Coke received immediate attention from people and many were impressed by the personal touch that the campaign brought.

3. It is truly a marketing genius when a brand garners attention for a boring product. The bottles of Absolut Vodka have no distinct shape that sets it apart from its competitors. But through an innovative campaign, Absolut made sure its bottle was recognized throughout the world. In a series of print ads showing bottles ‘in the wild’, the campaign made use of buildings, infrastructures, and even road traffic to represent the shape of their bottle! This campaign helped Absolut conquer the vodka business in the U.S.

4. Volkswagen’s legendary ‘Think small’ campaign in the 1960’s is an example of how people’s perception can change through marketing your products. In a time when people were into buying big cars, Volkswagen wanted to break through the market by creating a good perception about their small cars. The uniqueness of this campaign was that the brand never tried to portray them as something they were not. This helped the customers appreciate their honesty and thus began a change in people’s perceptions.

5. Metro Trains, Melbourne followed an unusual way of promoting safety around trains. Instead of the regular warning signs, or announcements in train stations, they went about in creating a video filled with adorable cartoon characters depicting different ‘Dumb ways to die’. This weird, yet attractive video garnered 175 million views on Youtube! Through its successful campaign reach, we understand that a little bit of creativity can help even the boring messages to be eye-catching among audiences.

Competitive Analysis Leads to a Bette...

A key element in influencing your SEO program is understanding your competition. If you are not checking co...

We know that in Digital marketing, SEO plays an important role but we always get confused about what is On-...

The Content of a brand plays a major role in making an authoritative place digital market place and the eff...

The App Store Optimization understandings are very important for making your business App to be discovered ...

Why Digital Marketing Is The Best Opt...

The unfortunate pandemic around the globe doesn’t seem to be slowing down its pace. In fact, it is dragging...

All we need is adaptability

We are all aware of the current situation and the impact it has created in the market. All we need at this ...

Updating posts or stories on various social media channels to get a better reach and engagement with your a...

Mobile applications that made our liv...

In the current era, each one looks for mechanisms to reduce effort. Mobile applications are a medium of ent...

Quarantine and Social Media We are all in the same boat, struggling and juggling to balance work-life, upda...

How to stand out from your competitors

How to stand out from your competitors The very fact that leaves us in shivers is a competition, but little...

We are a young dynamic extended marketing arm to those who want to build a strong digital presence. With our team, you no longer need to depend on multiple agencies. We offer 360-degree digital marketing services all under one roof.

Copyright © 2021 Cams Infotech. All Rights Reserved.
Get a Quote